We don’t need no libraries:  It was as though a flash of lightning illuminated the sky.  Yesterday I read on the front page of the Times-Union that, because of budget cuts, six library branches may close in Jacksonville (Maxville, Brentwood, San Marco, Willowbranch, University Park, and Beaches).  And the downtown branch’s hours will be cut back.  No sooner had this news crossed my imagination than I became convinced of its goodness. 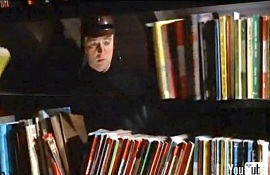 People read too much.  The books have nothing to say.  They’re all about people who never existed.  The people who read them, it makes them unhappy with their own lives, makes them want to live in other ways that can never really be.

Look at the top ten cities in the U.S. for literacy: Seattle, Washington DC, Minneapolis, Pittsburgh, Atlanta, Portland, St. Paul, Boston, Cincinnati, and Denver.  When you visit these places, you hear nothing but the wailing and gnashing of teeth!

My teachers once forced me to read two books, Orwell’s 1984 and Bradbury’s Fahrenheit 451.

Being forced to read them, how I thrilled to the idea of burning them!  Burn, baby!  Burn!

As a predictor of the future, Bradbury turned out to be far more prophetic than Orwell. 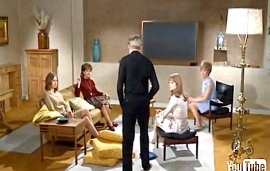 Bradbury’s prophecy: large flatscreen TV on the wall, no books, and everyone on Zoloft

So, I suggest we take the six closed branches and turn them into incineration stations.  It would be like Sheriff Rutherford’s Gun Buy Back program.  People could bring in their books, get a little money, and watch them burn.

To ignite the books, we can’t count on flashes of lightning like the ones that streak through my brain.  Specially designated firemen and women will torch them at the former library branches.  An even happier people will we Jacksonvillians then be!  Perhaps at last we will be able to compete with El Paso for the title of least literate city in the United States.  It is something to aim for.  Having a goal in life helps to get you up and going in the morning.