Jaxonpool News with Violent Crawley  –  “Drug test professors”: Two days ago Federal Judge Ursula Ungaro ruled unconstitutional Governor Rick Scott’s order requiring state workers be drug tested.  This puts the public at risk.  Testing is necessary in the case of college professors, who often operate heavy conceptual apparatus.  If they are on drugs, their dense theoretical systems may spin out of control, causing harm to themselves and their students, who will leave the classroom dazed, or, more likely, indifferent.

Sometimes leveraging a text is not the challenge, but lifting it.  Special critical equipment as tall as cranes must be trucked in and set up to hoist the weighty models found in the theoretical writings of Theodor Adorno, Deleuze and Guattari, Paul de Man, Julia Kristeva, Slavoj Žižek.

And as if this were not enough, then there is the students’ writing to deal with . . . .

←”There’s only one way to get these student papers clean, mister: LAVA!”

The problems are not confined to English.  Imagine if this mild-mannered law professor were on drugs?

What would have happened if this music professor were on drugs?

Imagine this faculty on drugs?

If only this professor had taken drugs while still teaching at the University of Chicago’s law school: 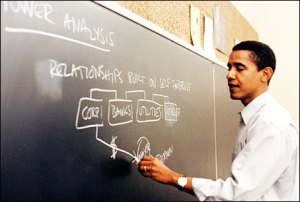 This chemistry professor probably needed drugs, or at least some form of ‘medication’:

If this isn’t vindication of Gov. Scott’s policy to drug-text professors, I don’t know what is.  Chemistry professor Dr. Brainard in The Absent-Minded Professor was high on something:

Or this, the smoking gun: consider what Professor Digory Kirke had stashed at the back of his wardrobe!

Now all Florida professors have been saved from having to take a drug test. No longer are they staring at their careers through a cup:

However, now your children’s mental wellbeing is endangered.  Blame the liberal maggot activist judge Ursula Ungaro.  Your kids have been left in the un-drug-tested hands of people who look like this:

When your children come home from the university during break, and they are spouting strange ideas you not only never heard before, but also can’t even understand, blame the professors.  They were probably hallucinating when they were teaching, and your children took their words to be the truth.