Lead me!  Happiness isn’t everything.  That’s what President Obama thinks.  So he’s not leading.  In fact, he’s an enemy of leading.  Of leading us to happiness.  So I’m turning to another African-American recently to gain prominence, Antron Brown.  If Antron Brown’s into leading, I’m willing to follow.  Why?  Because I need leading.

I’m a fan of NASCAR, but not for the racing.  The racing’s incidental.  The roar and the speed?  They’re afterthoughts.  The crashes?  There’re never enough.  It’s really about the oil and gas.  It’s about leading.  Any sport pouring out that many fumes I’m a fan of.  And NASCAR could lead the way.  To happiness.

Why do I need leading?  Because I’m depressed.  I realized this the other day when I read something written by Andrew Solomon.  He’s the guy who wrote about falling out of a tree.  Sometimes when you fall out of a tree, you risk damaging your brain.  Then you can’t think.  Which for me would a good thing.  But that didn’t happen with me.  I obviously didn’t fall very far.  Or at least, not far enough.

Why so much unhappiness?  Most countries have phased out leaded fuel.  Different additives have replaced the lead compounds.  The most popular additives include aromatic hydrocarbons, ethers, and alcohol (usually ethanol or methanol).  So I have a solution.  More than one, in fact.  First, if we really want to restore America to the way Ron Paul and his son want to, let’s start by going back to 1950s lead levels in gasoline.  It seems we were much happier back then.

To restore happier times, let’s relax the lead restrictions the EPA imposes on the manufacturers of gasoline.  With more lead in the air, our mental activities will slow down, and we’ll all be happier.  The more sluggish, the better.  The Romans used lead to make pipes for drinking water, and look what it did for them!  Second, turn every road into a speedway.  Letting everyone drive as fast as they’d like will transfer more lead into the air.

The Chinese are way ahead of us!

Unencumbered by thought, we’ll be a much happier people.  In fact, we’ll be ecstatic.  At last we’ll be able to breath free.

Have I said enough?  Sometimes I just don’t know when to quit.  That comes from too much thinking.  And the sooner President Obama does more leading, the less I’ll have to say.  In fact, I might even find myself at a loss for words.  That’s when happiness will be everything. 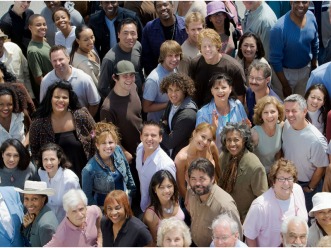 With more lead in the air, it’ll be ‘So long Zoloft!  Lexapro!  Prozac!  Wellbutrin!  Cymbalta!’

Antron, we’re counting on you to lead...