The case against dredging: What I like about Michael Savage and Ann Coulter is that they tell you what to think. You don’t have to do any of the work yourself. It’s like having a plumber come to your house to fix a clogged toilet. Once he takes over, everything’s flushing. Same with Savage and Coulter.

Next Monday night, March 9th, on the University of North Florida campus, Doctors David Jaffee and Courtney Hackney are going to conduct a town hall meeting on the proposal to dredge the St. Johns River. You can learn more about this meeting and the proposal to dredge from this March 4th segment of Melissa Ross’s First Coast Connect on WJCT-FM: St. Johns River Deepening Forum.

The proposal up for discussion concerns dredging a 47-foot ship channel in the currently 40-foot deep St. Johns River. The proponents say the river needs 7 more feet to make our city a major east-coast port. All this will cost hundreds of millions of dollars, perhaps as much as a billion.

My question is simple. Are these people nuts? The way to go about solving the problem is not to make the river deeper. We don’t need to dredge the river. Rather, we need to raise it. We can raise it seven feet, no problem! The way to do it should be obvious. Let me explain.

The solution is proposed in this video. It argues that we should just let nature take its course:

Let me make one thing clear: there’s no man-made global warming. That’s total hooey! Not that the planet isn’t heating up. It’s just that humans have nothing to do with it. You want to know why the earth is heating up? I’ll tell you why. The earth is heating up because it’s spun out of its orbit and is moving too close to the sun. That’s right. The Twilight Zone reported it.

Spoiler alert! At the end of the episode, the main character wakes up and, GUESS WHAT! it was all a dream. Yes, the earth had spun out of its orbit, but it spun out of its orbit THE OTHER WAY, toward the planet formerly known as Pluto. Earth really was heading away from the sun, and everything was getting colder. Thank God we’re not experiencing anything like that!

So, instead of trying to halt global warming, we should be trying to speed it up. Wouldn’t that be exciting? Maybe we could make a little bit of the ice caps melt just a little faster, and thereby raise the sea levels. Not too much, mind you. Just a little bit. Just a tad. Say, 7 feet. Then we wouldn’t have to spend hundreds of millions of taxpayer dollars on a federal dredging boondoggle.

With a deeper navigable shipping lane, our port could accommodate the Panamax ships due to arrive soon. Then our city would be world class! Then we could be a contender! 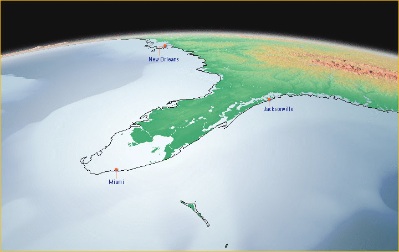 Most importantly, Miami would be under water. Then we’d really have a leg up in the Florida economy.

Trouble is, we can’t overdo it. We can’t get ahead of ourselves. We can’t get greedy. We just need the oceans to rise seven feet—ten feet max. Any more than that, and there could be trouble. We might find ourselves under water too.

Mr. Editor, you’ll be happy to know I didn’t put any thought into this letter. None whatsoever. I didn’t work my brain even an infinitesimal amount. In fact, to show you just how little mental effort I put into writing it, I set up a mathematical equation demonstrating quantifiably just how little I put in. Converting from joules to newton-metres, in terms of SI base units, here’s the equation for the amount of energy my brain expended writing this letter:

The only problem with the equation above is that the everything that’s a “1” really ought to be a “0.” That’s because, as I said, no energy was wasted. How much was expended? Zero, not even the smallest nano-unit.

Which is to say, I just put my brain on auto pilot and, voilà, Savage and Coulter took over. It’s easier that way. Because once they’ve assumed control and done what they do, all that remains is the flushing.

Calvin’s Story, by Christy Shake. Epilepsy & beyond: a mother’s journal. A mother’s journal of the anguish, grief, joy, and triumph shared with her chronically ill son. Christy and Calvin live in Maine. Read

Maggie World, by Sally Coghlan McDonald. Normalizing the abnormal. A mother sharing her experiences raising her disabled daughter and navigating, advocating and dealing with the system. [Although Maggie passed away in 2014, her mother continues to write. She lives in San Francisco.] Read

On the Blink, by Emily Michael. Considering how my light is spent. Blog posts, music reviews, and published articles from a blind writer, musician, and UNF English instructor. Read 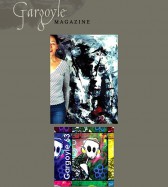 Eat & Gargoyle Magazine. From Mark Ari: “I’m delighted to announce a new EAT Release in collaboration with Gargoyle Magazine. Gargoyle, based in Washington D.C. and edited by poet Richard Peabody, is one of the longest running and most respected independent journals in the country.”  Read
.
.
. 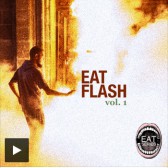 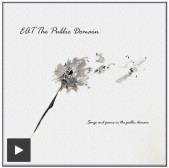