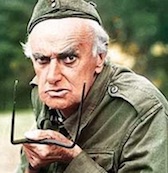 “The threat of a terrorist incident, previously described as ‘We’re Slightly Doomed’ and then raised to ‘We’re Quite a Bit Doomed’ before reaching the level of ‘We’re All Doomed’ has now been downgraded, now that intensive police investigations have been able to confirm that the latest terrorist attackers were ‘very unlikely’ to commit any further criminal acts….” Continue reading

Flock 18. With its 18th issue in 15 years, Fiction Fix is no more. It is now Flock. In addition to great fiction, it will be home to the best poetry and creative fiction we can find. Check out the brilliant lineup in this stunning new issue here. Available to explore online through May 4th. And available for purchase in print.