Trump Joins The Vince Foster Society:  I am proud to announce that Donald Trump has joined the Vince Foster Society, the group I founded back in 2014. On May 24, 2016, Trump called theories of possible foul play in Foster’s death “very serious” and the circumstances of Foster’s death “very fishy.” “I don’t know enough to really discuss it,” he said, adding “I will say there are people who continue to bring it up because they think it was absolutely a murder.” Read more here: Donald Trump’s Irresponsible Claims About Vince Foster

You probably thought that Vince Foster was dead, didn’t you. Well, he is dead. Just not politically. In 2014 I and likeminded patriots formed a group in his memory, the Vince Foster Society, or VFS. The VFS is a 501(c)(4). This means we are a tax exempt advocacy group promoting the social welfare by reminding people that Vince Foster was killed by Bill and Hillary Clinton.

Akin to the John Birch Society, the Vince Foster Society is dedicated to remembering a great American who died at the hands of socialists. He died fighting for freedom. Foster was a Deputy White House Counsel during the first few months of President Bill Clinton’s administration and also a law partner and friend of Hillary Clinton. Everyone knows Foster learned too much about the White Water scandal, so, six months after assuming the presidency, Bill and Hillary had him murdered and made the death look like a suicide. These are facts everybody knows. Read more here: Who was Vince Foster?

Reminding the public about our hero Vince Foster is the group’s mission. We have no other purpose, no ulterior motive.

Not that we aren’t just a little bit concerned about Hillary running for president. After all, would you want a murderess in the White House? But let me be clear: we have no intention of being political, as was alleged at a congressional hearing the Huffington Post reported on a few years ago:  Darrell Issa Hearing Reveals IRS-Targeted Groups Prefer To Be Political

Working for or against individual candidates is not our group’s purpose. The 501(c)(4) law stipulates that it cannot be. So, while smearing Hillary’s nefarious character is our group’s chief . . . , opps, I mean keeping the courageous hero Vince Foster’s memory alive is our chief purpose, we do not support or oppose her candidacy. We are agnostic when it comes to whether Hillary the bitch should be president.

As a 501(c)(4) tax exempt advocacy group, we must find a big donor willing to give us millions of dollars so we can promote our agenda. We need somebody with deep pockets. We’re not picky. We’re willing to interview Sheldon Adelson.

The VFS has been behind two ventures, one promoting a Ruby Ridge National Memorial, the other for establishing a David Koresh Scholarship Fund. However, we tabled these two for the time being, deciding to focus solely on informing the public that Hillary Clinton is the equivalent of Lady Macbeth. Not that we are taking a stand on whether she should be president. That is not for us to decide. The law forbids us from taking a position. We are merely a social-welfare group working for the common good.

New: “A Very Important First Responder Saves the World with an Assist from Smart Ass Cripple” (May 21). Smart Ass Cripple, by Mike Ervin. Expressing pain through sarcasm since 2010. Voted the World’s Biggest Smart Ass by J.D. Power and Associates. Read

New: “My therapy” (May 24). Calvin’s Story, by Christy Shake. Epilepsy & beyond: a mother’s journal. A mother’s journal of the anguish, grief, joy, and triumph shared with her chronically ill son. Christy and Calvin live in Maine. Read

New: “Why We Still Need Literary Spaces for Disabled Writers” (May 24) On the Blink, by Emily Michael. Considering how my light is spent. Blog posts, music reviews, and published articles from a blind writer, musician, and Jacksonville English instructor. Read 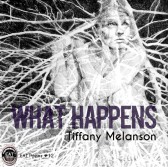 What Happens, by Tiffany Melanson, is currently available at Eat Words and on iTunes. It is part of a series of audio chapbooks focusing on northeast Florida poets. Read more about the series here. Your purchases through iTunes make future albums in the EAT series possible. This one was made possible in part by the support of the English Department of the University of North Florida. Contact: Mark Ari <mari@unf.edu>