If Game of Thrones had aired in the 1980s, from Paul Garrison Dean.  April 3

The Early Bird, at UNF, from Spinnaker Television.  April 2  View

Calvin’s Story, by Christy Shake. Epilepsy & beyond: a mother’s journal. A mother’s journal of the anguish, grief, joy, and triumph shared with her chronically ill son. Christy and Calvin live in Maine. Read

Maggie World, by Sally Coghlan McDonald. Normalizing the abnormal. A mother sharing her experiences raising my disabled daughter and navigating, advocating and dealing with the system. [Although Maggie passed away in 2014, her mother continues to write. She lives in San Francisco.] Read

On the Blink, by Emily Michael. Considering how my light is spent. Blog posts, music reviews, and published articles from a blind writer, musician, and UNF English instructor. Read 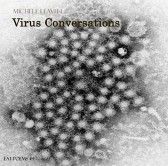