Anarchists for Mitt:  Ignorance can be defined as the state or condition of other people not knowing what I know.  Because what I know is so far ahead of its time, it would behoove you to read my letters closely to get a glimpse of the future.

Sir Mitt Romulus today is visiting Jaxonpool, speaking at The Landing, so I thought I would explain why we conservative anarchists support him.

Mitt will be our Mikhail Gorbachev, the leader we need to preside over the break up of the United States.  And when the U.S. finally is dissolved, we will be Free at last!  Free at last!  Thank God Almighty!  We will be free at last from all government!

Before I explain conservative anarchism, let me say in passing that my college professor brother-in-law, Prof. Snooty-pants, sent me the cartoon below. 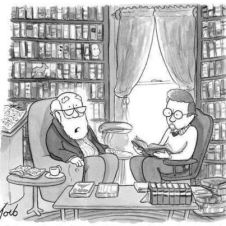 He thinks I don’t know anything about history.  Let me just say I know all about it.  I watch the History Channel.  For example, I know about the 1991 break up of the Soviet Union.  A great surge of freedom washed over the former Soviet republics.  With the U.S.S.R. dissolved, at last people were free from governmental constraint.  At last each person was able to pursue the life he or she wanted to lead.  At last they were free.  We now in the U.S. are on the verge of the same great burst of freedom—freedom from government.  Freedom to live our lives without constraint!

My liberty-hating brother-in-law doesn’t see it this way.  He complains that movements aiming for radical freedom always backfire.  This nay-saying it typical.  He always has cold water to throw.  But consider who he is: he eats at the public trough by teaching at the University of Norflaland.  You can imagine what he’s like at Thanksgiving dinner.  (BTW: he doesn’t know a thing about the NFL.)

Look at Russia today, just twenty-two years after they rose up and cast off the yoke of Soviet socialist rule.  Were there any elections under Lenin?  Stalin?  Khrushchev?  Brezhnev?  Andropov?  Chernenko?  You can bet your last dollar there weren’t.  But now, now they have elections.  Now, they have achieved their goals.  Now, at last, they are free!

Inspired by the 1991 breakup of the Soviet Union, we conservative anarchists stand for the same thing: the breakup of the United States.  This time, though, unlike the effort 150 years ago, instead of just eleven states seceding from the union, all fifty states will secede from each other, simultaneously, in one fell swoop.

The Union of Soviet Socialist Republics,1950 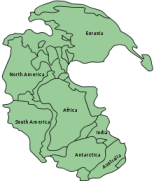 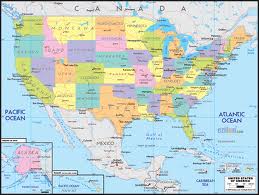 We conservative anarchists support the Romulus—Ryan ticket because they have a program to eliminate what little there is that holds the nation together.

When you get down to it, we as a people—the American people—actually have precious little in common with one another.  In fact, we have nothing in common.  Yes, we have Social Security, Medicare, a public school system, a military, and a raging desire to be left to our own devices, no matter how self-destructive.  Beyond that though, there’s nothing.

So, once school choice reduces the public schools to hollow shells, there won’t be much point in funding the remaining ones.  And once Medicare becomes a voucher too small to pay people’s medical bills, it’ll be abandoned.  And once Social Security becomes just another way to invest in the stock market, there won’t be much point to keeping it.  Then we’ll be back to the glory days!  We’ll be back to the days before public schools!  Before Social Security! Before Medicare!

Life was so much better then, before the twentieth century.  With Romulus – Ryan, it’ll be back to the future.